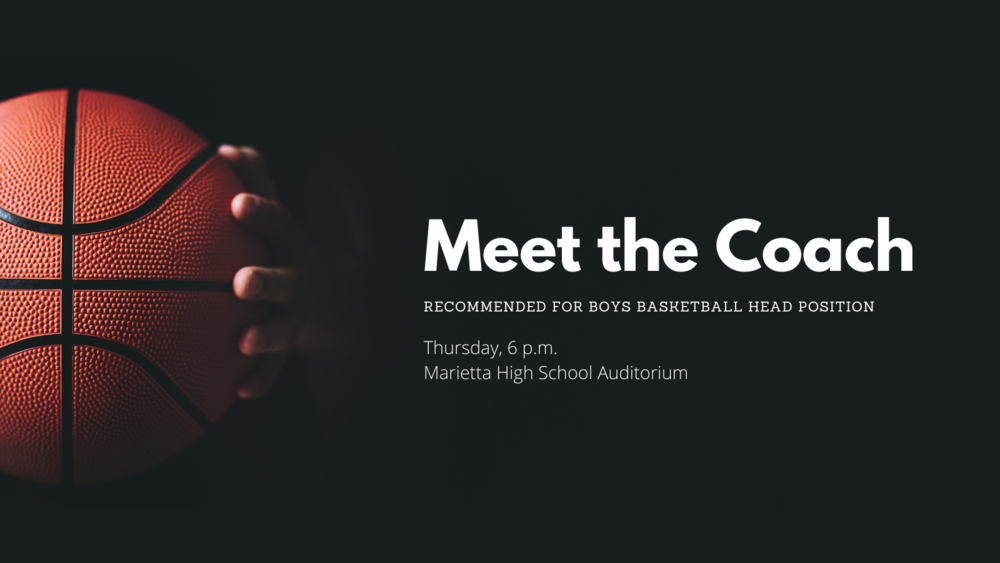 Parents and student-athletes have waited with bated breath for the announcement of the 2022-23 boys basketball leadership.

Waited through the announcement of a growth-mindset selection in Coach Ryan McClain for the girls' program in May.

But Thursday, June 2, the wait is over.

Players and parents are invited to join Athletic Director Cody Venderlic in welcoming Coach Austin Gardner to the Tiger family in the Marietta High School auditorium at 6 p.m.

Venderlic has recommended Gardner for approval by the Marietta City Schools Board of Education.

"He's coached and played in incredibly successful programs at a high level for several years and brings that maturity to our court," says Venderlic. "He's seen what it takes to become successful, and it's that energy that's infectious."

Gardner's energy is what drew Howlett in, too, more than a decade ago.

"He was one of the first recruits I pursued," says Howlett. "And even though he didn't end up playing for us at Liberty, I remained in contact with him, and once he got into coaching, we continued to build that relationship."

Gardner has moved to Marietta this week, leaving fans, fellow coaches and players in Findlay missing the focus Gardner brings to the court. 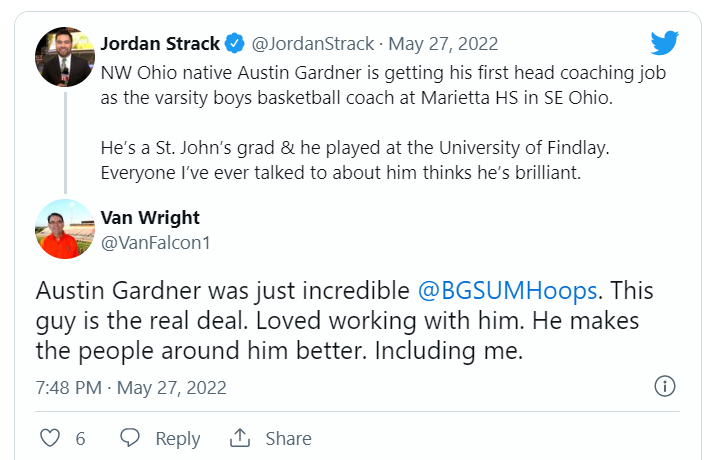 "Community is one of the areas where he'll flourish," says Marietta native Ben Howlett. "He's played at the collegiate level, he's coached at the Division I level and he can bring those community-building habits to our hometown and build that high school level into a winning program."

Gardner says community, is one of his three C's to building success.

"Classroom, competition, community," he lists. "Number one is the classroom; if you're not focused and handling business in the classroom you can't excel in competition. I want our students to excel, to be challenged ⁠— not just getting by but openly communicating with their teachers and with me so that they can grow."

Competition, he then explains, begins long before the season opener.

"This summer we're going to have a lot of action, movement and establishing the foundations of our skill development, footwork, building strength in the weight room," Gardner continues. "The tempo is going to be fast, very fast. Fast in the weight room, fast on the court⁠—high energy because in basketball the game isn't waiting for you to pat yourself on the back. You have to keep playing, keep competing."

Community contributes to that energy in competition, but to build attendance at games and build school pride throughout Marietta, he says both a team commitment to servant leadership and a town commitment to focus on the future are key.

"Yes, I'm going to watch every game from last year in the next couple of weeks to help me understand our team's current strengths and weaknesses, but then with a growth mindset, we look to capitalize on our new experiences focusing on the present and future," he concludes. "This is fresh, this is a new experience so let's build a great experience for everyone."

Join Gardner and Venderlic Thursday to learn, too, what habits players must build to become successful.