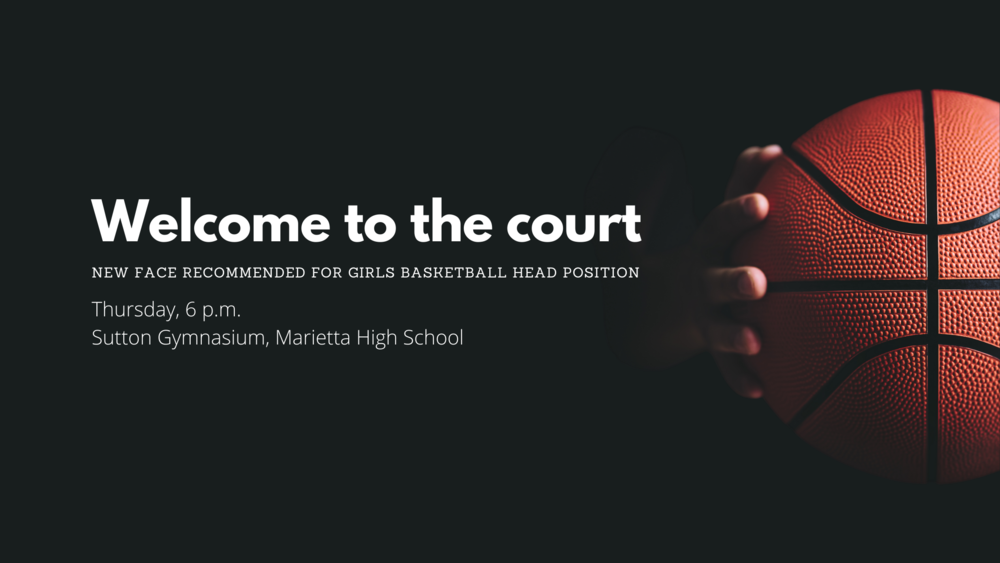 "Coach McClain has an incredible presence and energy to him," describes Athletic Director Cody Venderlic. "He is a culture-first type of coach with plans to build not just a varsity team, but a whole girls' basketball program that focuses on respect, hard work, grit and integrity."

Marietta College's Jon VanderWal, head men's basketball coach, shares the enthusiasm of Venderlic after aiding in the interview process for our Tigers.

“Ryan has a lot of energy, a lot of enthusiasm and he’s excited about this but Rome wasn’t built in a day and he’s going be laying that brick by brick,” says VanderWal. “We need to let him do that. We have to understand that’s a new coach coming in with a new philosophy and a new way of doing things.”

McClain comes to Marietta following success with Benjamin Logan High School in Bellfontaine where he was recognized as the District 9 Division II Girls Coach of the Year.

Thursday, in the Sutton Gymnasium, McClain hopes to meet not only returning Tigers and their families but also those who have an interest in joining the ranks this summer as camps and conditioning begin.

"Every child learns and picks up plays differently," says McClain, describing his background in not only running drills and move-by-move instruction on the court but also web-based review platforms to allow play study at home. "So we'll teach plays based on the best way for you to learn that play."

By celebrating each contribution to a play, he says, the team also grows its trust and confidence in each position and each teammate.

"You don't have to be the lead scorer to be the best player," McClain explains. "I'm a big plus/minus guy and let my girls know what they've done well, how and why it contributed, even when that contribution is for another person's stat(istic)."

Those exercises in celebrating others and thinking critically about each contribution build a culture of respect and energy on and off the court.

"Any really successful high school program has a varsity basketball coach with a vision and a plan and they have families that support them in that," reminds VanderWal. "It's going to take player development, including at the younger levels and getting them excited about the game of basketball. That's all going to take time."

"What drew us to him is that he believes his players can develop, that they can improve, that they can grow," describes the athletic director. "He's focused on what they're capable of, on their potential."

McClain has relocated to eastern Ohio with the support of his wife Morgan, and children Crosbee and Rooney.

His appointment is scheduled for a formal vote Monday during the Marietta City Schools Board of Education regular business meeting at 6 p.m. at Marietta Elementary School.