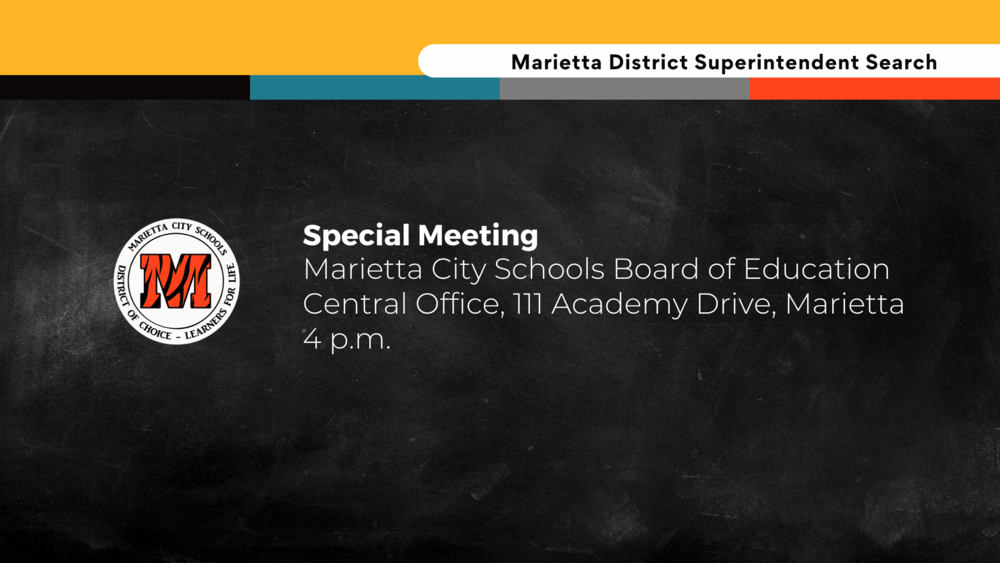 Returning home has special meaning for the selected superintendent candidate up for approval Tuesday at the Marietta City Schools Board of Education meeting. 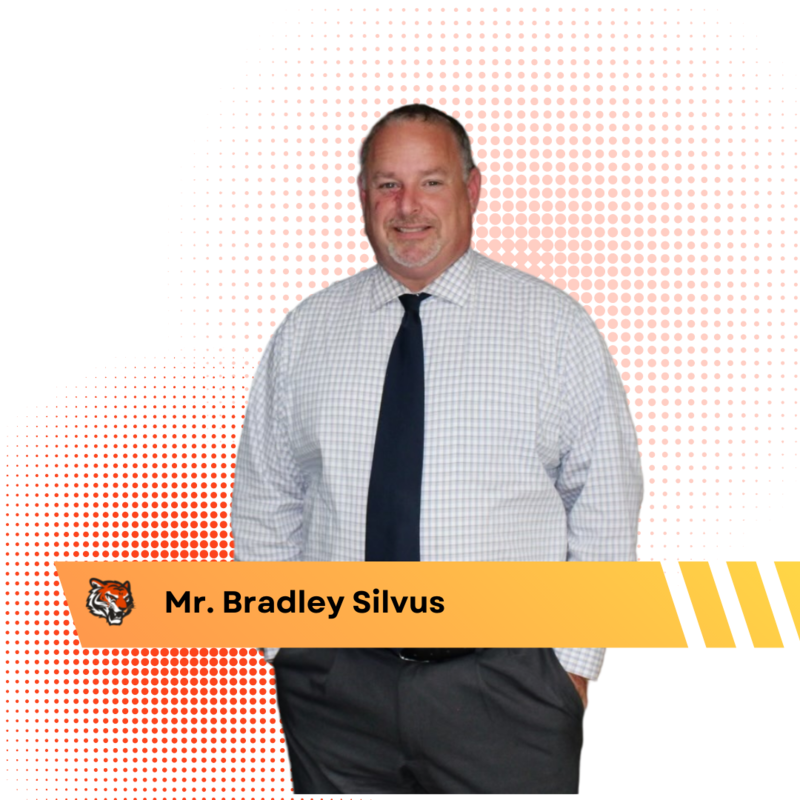 “Growing up in Washington County, I had such great opportunities in school, with great teachers and with the values that were taught. I was well prepared when I went out into the world,” says Brad Silvus, the selected candidate for Marietta City Schools District Superintendent. “I give a lot of the credit of my successes to my upbringing and experiences in Washington County.”

Silvus currently serves as superintendent for Graham Local Schools in western Ohio and will mark his twenty-second year in school administration next month.

Silvus will join the Marietta City Schools Board of Education Tuesday for their special session at 4 p.m. at 111 Academy Drive. This meeting is open to the public.

“He is a humble leader, with a track record of bringing people together and visioning with his community,” says Board President Eric Reed.

“Prior to the Board meeting to deliberate between all applicants, the Board received all the takeaways from the focus groups, along with every survey response.” shares Board Vice President Sam Tuten.

Feedback from staff and community identified characteristics and values necessary for the leadership of Marietta City Schools and outlined where challenges within the district can become opportunities to improve.

The board also appointed a candidate advisory committee including five staff members and five members of the public to contribute their insight after the first set of interviews.

Sixteen individuals applied to fill the leadership position at Marietta City Schools and four arrived in Marietta on June 28 to interview first with the board, then with the committee. The board then met to deliberate in an executive session on July 7.

“I was very pleased with how the board’s discussion aligned in our deliberations with the committee input before deciding on the finalists,” shares Board Member Russ Garrison. “Their input also weighed into our decision between the finalists.”

Silvus returned on July 7 for a second interview with the board and was notified on July 8 of his selection.

“I’m extremely excited and confident in Mr. Silvus’s ability to provide a presence in our buildings that will create a new sense of culture and trust,” says Tuten.

Who is Brad Silvus?

Silvus graduated from Fort Frye High School in 1987, studied at Ohio University and then began his professional career as a math teacher in 1991 in Harlan, Ky.

“I had a lot of support as a young teacher with great administrators that were encouraging and supportive,” he describes, noting work in both K-8 and

By 2001, that mentorship and development led Silvus to enter administration with a passion for curriculum.

“Every place I’ve been, that’s been an emphasis, especially as Ohio changed its standards and assessments,” he shares. “There’s a lot of good opportunities with Marietta’s recent curriculum adoptions that I’m pretty excited for, the same math curriculum [Graham Local] just adopted and we’ve been pretty pleased.”

Silvus has worked not only as an assistant principal, principal, assistant superintendent and superintendent throughout his career but also twice spent three years with his focus on the implementation and support of curriculum efficacy in the classroom through roles as Curriculum, Instruction and Professional Development Coordinator at Preble County Educational Service Center and Director of Curriculum and Instruction at Fairborn City Schools.

He describes those experiences with a drive to support the continuous improvement of staff by understanding data and working shoulder-to-shoulder to support improvement and accountability.

Emphasis on Family and Mental Health

Silvus returns to Washington County with his wife, Melanie, a 1989 graduate of Waterford Local Schools. The pair are not only proud parents of three adult children and grandparents of two, but also strong advocates for mental health and addiction services.

While serving as superintendent at Greenon Local Schools, the opioid pandemic hit close to home within that district.

"We had an incident that really opened the eyes of that smaller community that it was in our own backyard, too," says Silvus, who then worked with his wife to build the Families of Addicts Springfield chapter and served as its co-director.

"My wife and I did this together because that's what her background is in, she's worked in chemical dependency as a clinician and in a prison setting. I've just learned along the way with her help and it's been really valuable to translate that into schools and the situations we face," he adds.

Silvus will be available for informal introductions at 3 p.m. in the board office on Tuesday.