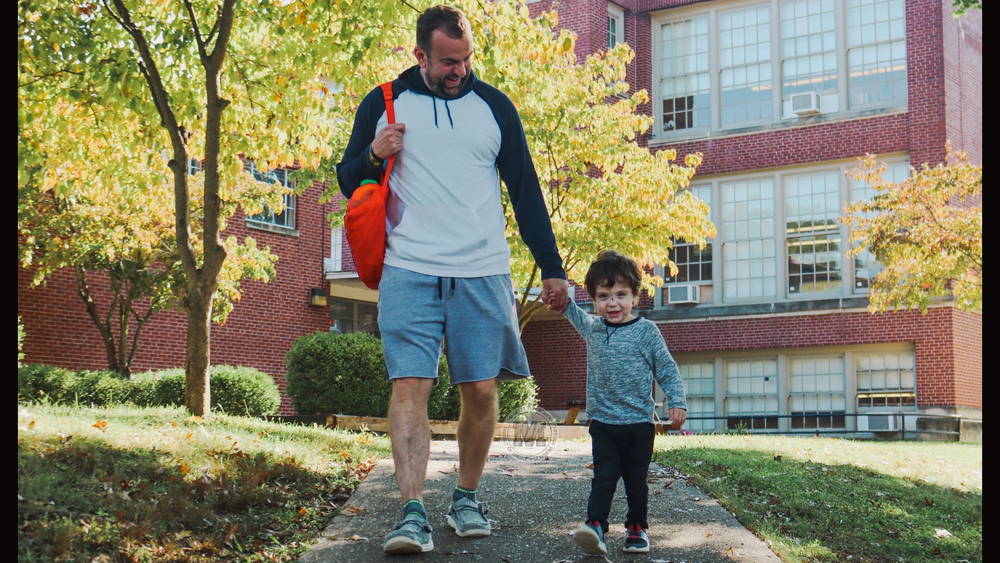 Marietta City Schools celebrated International Walk to School Day Wednesday by connecting the dots between the academic benefits of walking to school and the district’s focus on a growth mindset throughout the community.

“One of the larger benefits is the development of independence, growing friendships along the way through conversations, and for parents walking with their child— building those relationships,” shared Director of Curriculum and Technology Tim Fleming.

MCS Parent Chris Fennell walks his PreK children to Washington Elementary School most days, setting his son and daughter up for success in the classroom.

“It’s a peaceful time most days, Bodhi sometimes has his mornings but on the whole, we have that time to decompress, get loose before they get to school,” said Fennell. “We play games as we walk like ‘I Spy’... we (have) played robots that ran out of batteries.”

“I know there have been times with my own children where we take hikes and we tell stories… that’s something parents can do with their children,” added Fleming. 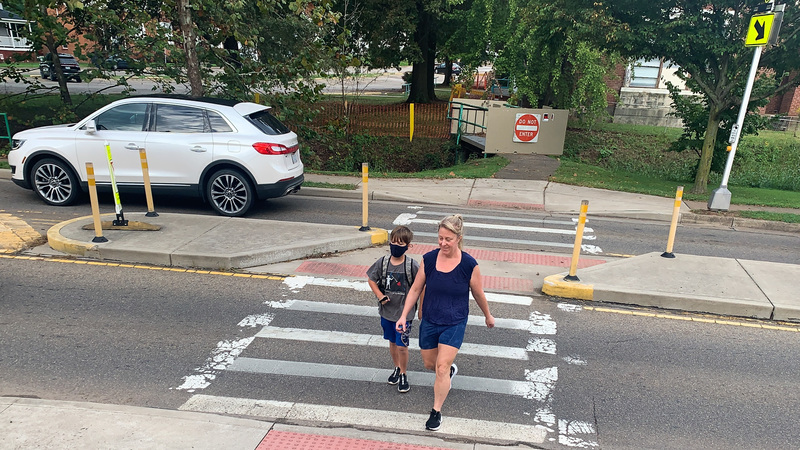 Doug Mallett, vice president of the MCS Board of Education praised community investment in the district’s whole transportation toolkit by highlighting the Pioneer Group and Dave Archer who rose to the need at the start of the first nine weeks after new vehicular traffic patterns presented challenges for both third through sixth-grade parents at Marietta Elementary School (former Marietta Middle School) and members of the community utilizing the five-way intersection at Glendale, Seventh, and Putnam Streets.

“With that new setup of the elementary school we had some backup,” Mallett described as he stood in the parking lot of the former YMCA. “So with that in mind, I reached out to Dave Archer, one of his companies owns this facility, and they were very gracious and moved forward quickly to put a lease in place for us to use this for the current year. It’s a piece of the puzzle that gives us time to plan for next year.”

Planning that can work in tandem with the City of Marietta as the school travel plans for the Ohio Department of Transportation's Safe Routes to School funding program need updating following district consolidation this year.

But while Safe Routes to School funding focuses its resources on students in kindergarten through third grade, the consolidation has also highlighted a critical need for additional infrastructure investments on routes to Marietta High School, too.

“Now we’ve also increased the population at the high school including both pedestrian and vehicle traffic,” noted MCS Board Member Stacey Hall Wednesday morning after drop-off. “Specifically on Colegate Drive, students that are walking that route are also forced to engage with the vehicles entering and exiting Academy Drive. That entrance currently has a faded crosswalk with no signage or signals for pedestrian right-of-way.”

She said the next steps for awareness and safety need to catch the attention of all traffic who use the route, including commercial trucks.

“And it needs to include road markings and potentially flashing school zone signs,” she concluded.